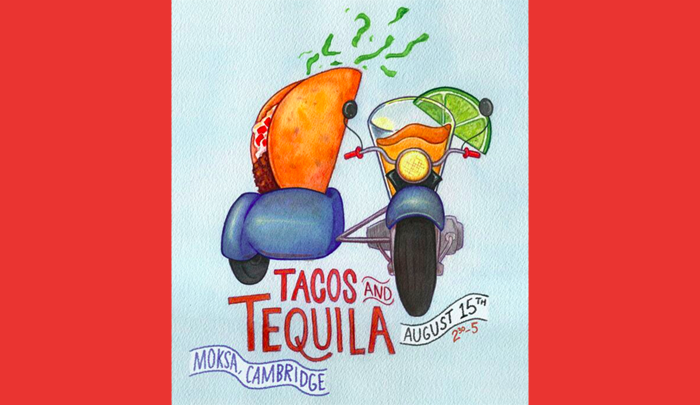 Many people do have a love affair with tacos, tequila and cell phones.  Strange combination.  But, they do heat up on heck of party.

Thanks to Eat Boston, about 200 guests were romanced by Tacos and Tequila, a sampling showcase on Saturday afternoon, August 15th at MOKSA in Cambridge, MA. Veloxity added to the affair by providing a commercial cell phone charging station during the event.

Tacos and Tequila was a showcase of tequila and mezcal.  It was like a classy middle school science fair.  Except there was alcohol and amazing food (tacos). Guests were able to sample 12 tequilas, attend cocktail demos, and devour the tacos.  All of this while cell phones were being safely and securely charged in the Veloxity cell phone charging kiosk with lockers.

Americans drink about 50 million liters of tequila annually, which is more tequila than is consumed in Mexico. The premium market for tequila has shown impressive growth, and National Tequila Day is July 24th.

Last year Americans ate over 4.5 billion tacos. That’s 490,000 miles of tacos, which could take you to the moon and back or, if you prefer, could, at 775-million pounds, equal the weight of two Empire State Buildings.

Today, nearly two-thirds (64%) of U.S. adults own a smartphone, up from 35% in 2011. Younger adults as well as those who are more affluent and have higher levels of education are among the most likely groups to own a smartphone.

Eat Boston was founded in 2010, produces creative food sampling events around the country, often as a fundraiser for local food-centric non-profit organizations.  In November, Eat Boston will having their famous Whiskey Rebellion event in Boston.

Renting or buying a charging kiosk is beneficial for any event or conference. It keeps guests phones charged and able to post about your event. In todays society word of mouth tends to be by a tweet, Facebook status, snapchat or Instagram. We no longer rely on word of mouth but on social media. With a Veloxity charging kiosk you will insure that your guest will be able to update their social media while at your event. https://veloxity.us