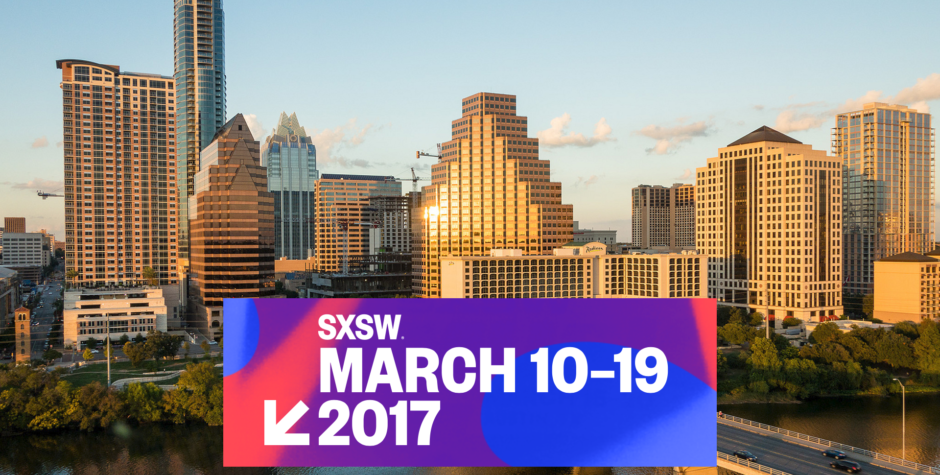 SXSW 2017: What New Technology to Expect

For those unfamiliar with SXSW, it’s an unusual conference held in Austin, Texas. It combines music, film, tech and is currently the largest festival of its kind in the world. Celebrities that have attended the event include Barack Obama, Conan O’Brien, Mike Tyson, Elon Musk, Johnny Cash, Kanye West, and even Edward Snowden via live stream.

Veloxity has participated in the event in each of the last 2 years, providing phone charging stations to event attendees. It’s an event that we get excited for just like everyone else, and so we wanted to break down what new attendees should expect if this is your first SXSW.

Wireless Phone Charging
Think about of all of the devices you have to charge each day (sometimes multiple times a day)! Now think about being able to charge them seamlessly through wireless charging. Ossia is set out to do just that and more. This startup promises wireless charging technology for all aspects of your life, not just your phone.

Mixed Virtual Reality
Holojam offers technology for virtual reality and augmented reality headsets to enable groups of people to join together and share a mixed virtual reality experience. This technology has the potential to create new and exciting opportunities for location-based entertainment.

Phone Charging Locations
Next time your phone is about to die, you can find hundreds of locations to charge up at with the REWOP app (available on iOS and Android starting March 7th). The platform includes reviews and the charging locations are sustained through crowdsourcing information from users.