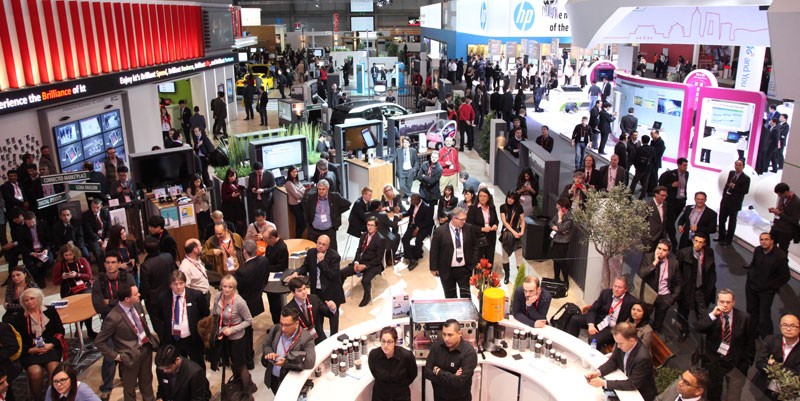 What to Expect at Mobile World Congress 2016

The mobile world anxiously awaits for the world’s largest mobile electronics trade show to begin once again in Barcelona this Sunday, February 21. The 5-day event is boiling up to become one of the most anticipated mobile events of the year with LG and Samsung taking main stage with the releases of their flagship smartphones. Here is an updated list with what each company is expected to bring to MWC 2016.

After announcing a press conference invite for Sunday (8 AM EST), LG is expected to launch their latest and greatest flagship device, the LG G5 along with the LG X series and rumored LG 360 VR. For those of you expecting LG Pay, LG has confirmed this will be released come Q2. We are still hopeful to see the LG White Card announcement to follow with the G5.

Processor / RAM / Display – With 2015 being the year of the Qualcomm Snapdragon 810, the New Year brings exciting times for the Qualcomm Snapdragon 820 to be the new norm. Qualcomm’s twitter post has confirmed the metallic unibody LG G5 will feature the newest Snapdragon 820 processor. Along with confirmed processor, rumors say it will feature 3 GB of RAM, 32/64 GB of internal storage, microSD card slot, Marshmallow 6.0 and a Quad HD display (2560 x 1440) between 5.3-5.6 inches, potentially being smaller than the LG G4’s 5.5-inch screen. The screen is expected to integrate an Always On feature and a secondary screen placed above the regular screen, much like the LG V10. This secondary ticker will have a resolution of 160 x 1040 pixels for displaying notifications or app shortcuts.

Camera – The G5 is introducing a 16 MP dual back camera for wider angles along with an 8 MP front camera. In the back, we can find the finger print reader to unlock and act as a heart rate monitor. Rumors have it is similar to that of the notorious Nexus 6P.

Battery – The 2800mAh battery is the most interesting as a Magic Slot mechanism gives you the ability for removable battery powered by USB Type-C charger. Can this be answer to low battery anxiety?

UPDATE: What we got from LG at MWC 2016 is what some would call a step in the right direction for LG and the mobile industry as a whole. Right off the bat we saw from the rumors that LG was playing with modules, introducing a new way to think of modular functionality and how useful it can be with the Magic Slot, LG Cam Plus, and LG Hi-Fi Plys with B&O Play. LG 5 full run down:

Along with LG, Samsung announced a press conference invite for Sunday afternoon (1 PM EST), it is firm to say the Samsung Galaxy S7 series is finally coming. Rumors have it Samsung Gear 360 VR and two new Galaxy Tab S3 tablets (8 and 9.7-inch) are to be showcased as well. The Galaxy S7 and Galaxy S7 Edge (#TheNextGalaxy) is coming to be one of the most exciting smartphones with Samsung seeing much success after revamping their Galaxy series last year with the Galaxy S6 and Galaxy S6 Edge. For the first time ever Samsung’s event will be presented in 360 live streaming.

Water Resistance – With many anonymous sources to what it can potentially look like, this video can be of the best leaks yet if true. A recent tweet from Samsung, gives us the impression it will have an IP58 water-resistant rating giving other phone manufactures something to look forward to.

Processor / RAM / Display – Samsung is no stranger to providing the best displays and we predict either a 5.1-inch SAMOLED QHD (2560 x 1440) or 5.5-inch SAMOLED QHD for the S7 and S7 Edge respectively. Samsung is likely to also have the Qualcomm Snapdragon 820 complimented by an extra 1 GB of RAM totaling it to 4 GB of RAM. Internal storage of 32/64 GB is very common nowadays and it seems like a microSD card slot would only be available for the Galaxy S7.

Camera – For the back-camera, we can expect an in-house 12MP ISOCELL shooter while the front will host a 5MP front camera.

Battery – The Galaxy S7 may hold a 3000mAh non-removable battery while the Galaxy S7 Edge will definitely hold a 3600mAh battery size (according to a FCC report). Both powered by USB Type-C charger. Color availability is expected to be gold for the S7 Edge and black for the S7.

UPDATE: You are not alone if you think the Samsung S6 is identical to the new Samsung S7. While very similar, there are small differences Samsung made sure to address with the “S6s” like the camera hump, no microSD expansion, no water resistance, and bumpy body curves on the frame. Samsung S7 & S7 Edge full run down:

It is yet unknown what exactly Sony will bring but we can assure it is something. Sony confirmed an invitation for Monday, February 22, morning. Since it will be at the Sony booth instead of a bigger venue, we can expect it will not be anything of significance. There is potential of it being related to the Sony PlayStation like a new wearable add-on.

Release of a tablet, like Xperia Z5 Tablet or Xperia Z6 Tablet, is doubtful since rumors say Sony will drop tablets this calendar year. It can also be the anticipated Sony Smartwatch 4 which is competing with the watches like the Samsung Gear S2, LG Watch or Motorola 360 2nd generation.

Huawei has been a known player ever since its successful making of the Nexus 6P, Mate S and Mate 8. There has been no announcements for an official product release however; people are expecting to hear about the Huawei P9 at MWC 2016.

No announcements have been for an invite for any releases so we do not expect for any The HTC M10 is what everyone is waiting for and as the HTC M9 was announced during MWC 2015, we expect the same for the HTC M10. However, the rumor mill says HTC M10 will be announced later at an event in March.

The Veloxity Team will be sure to provide on-going updates as we hear more about #MWC2016 Visit www.veloxity.us for custom wrapped charging kiosks available for rent or to purchase.