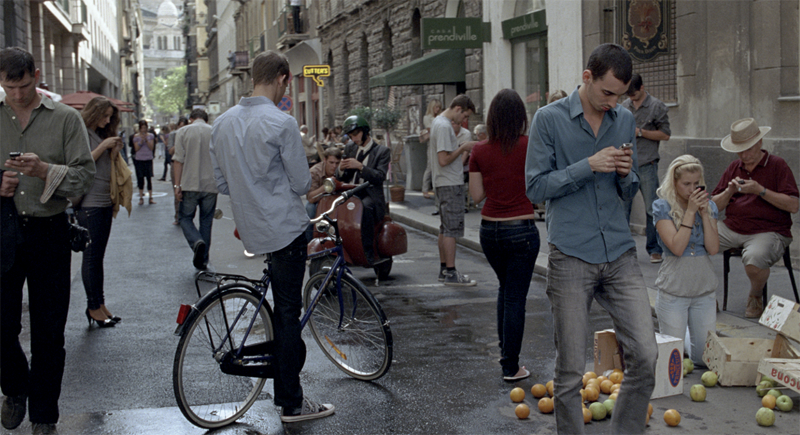 Cell phone addiction a pretty powerful habit.  It’s something we all know about, but no one aside from cell phone companies seems to be talking about.

Last week Motorola released an infographic that stated facts like 60% of people globally have slept holding their phones and 57% have used their devices in the bathroom. Ericsson also joined the conversation and published a report that claimed 90% of the world’s population over the age 6 will have a mobile phone by 2020. Hold the phone – that could be almost 8 billion people.

The interesting part about this cell phone addiction business is that it seems like consumers rarely mention their Apple or Android habit. It’s a widely accepted fact that as a society people spend too much time on their phones, but is it a problem?

Brian X. Chen who’s the consumer technology expert at the New York Times recently wrote a book about being constantly connected called “Always On.” He thinks that as consumers have less and less anxiety over overusing smartphones, companies feel comfortable talking about it more and more. In fact, they’ll even use it to advertise their products.

Chen also says that there are definitely times when constant chit chatting, texting and web browsing is considered rude, like in the middle of dinner, so people should be aware of etiquette and set up ways to limit use. He created special alerts when he gets an email from an important person, so he’s not checking his phone with every “ding”. Airplane mode is also a great way to practice phone politeness.

Back in 2012, MIT published a study about the rapid adoption of smartphones, and Chen believes that since they’re so prevalent, that actually has helped ease people’s anxiety about getting too much screen time. It seems that with any new technology, there are fears about how it might change human behavior, but when it becomes widely adopted people forget about the problems and focus more on the convenience and benefits. With all the convenience and benefits there comes the negative affects of over using cell phones. Some negative affects of over using smartphones are disrupted sleep, bacteria, attention span and social effects. To see more negative affects and explantations flow this link http://www.naturallivingideas.com/16-seriously-damaging-side-effects-of-your-smartphone-addiction/

In a series of polls about smartphone use released in July, Gallup found that about half of smartphone users check their phones several times an hour or more frequently; 81% of people said they keep their phones near them “almost all the time during waking hours” and 63% do so even when they’re sleeping. The condition is especially severe among the young, one-in-five of whom cop to “checking their phone every few minutes.”

Consumers who are constantly on their phones mean that they need ways to keep them charged when out and about. You can buy or rent a commercial phone charging kiosk for your business or event to keep guests and customers happy.