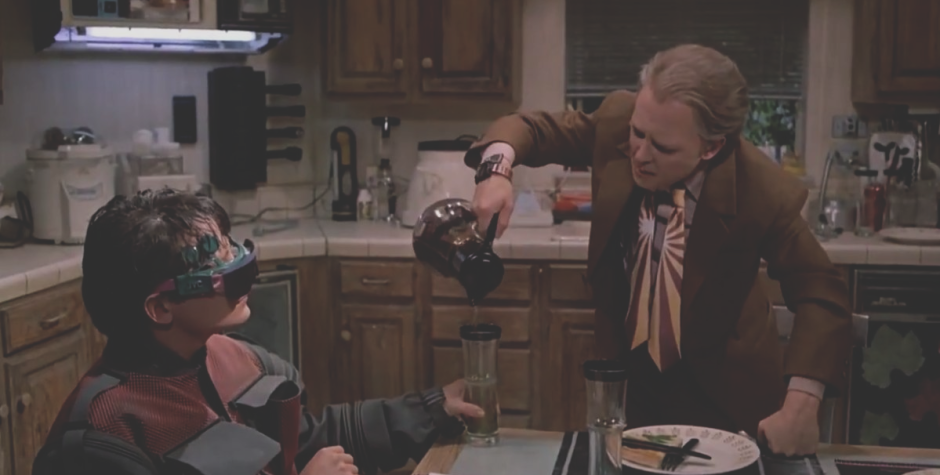 Back To The Future Day: They Didn’t Think About Cell Phones

Back to the Future Day is today. Fans are tallying up the 1989 film’s predictions of life in the year 2015.  What didn’t the creators think about?  Cell phones or cell phone charging!

Bob Gale had a lot of futuristic ideas for ‘Back to the Future Part II’.  He nailed it with a ton of things.  But he missed some things too.

We made it guys.  Today marks the day Doc Brown and Marty McFly traveled to in Back to the Future II.  It’s an iconic holiday that honors the trilogy’s legacy.

The film featured hoverboards, self-tying laces, dog-walking drones and flying cars, not to mention Biff Jnr’s bizarre metal helmet.  But how many of the futuristic predictions made in the classic sci-fi film have come true, and how many did it get wrong or miss?

Back to the Future is chock full of futuristic ideas but there was one that screenwriter Bob Gale was not able to imagine back in 1989: cell phones.

To Gale, cell phones are like the Swiss army knives of today, just a singular device that can function as a computer, a camera, a recording device, a calculator and even as a flashlight. “We didn’t think that,” he said in an interview with The Hollywood Reporter, talking about the kind of future that he and Robert Zemeckis dreamed up for Marty McFly, who, according to Back to the Future Part II, will be arriving on Oct. 21.

Many of the ideas Gale and Zemeckis came up with for the movie were the result of the two just goofing around. However, some of the inventions that were just in their heads back then are actually seeing reality today, if not in the not-too-distant future.

“We weren’t seriously thinking about how that technology would work, but wow,” he said, referring to drones being capable of taking news pictures. Gale added that drones may not be walking dogs yet but that’s bound to happen sooner or later.

Here’s a list of the films hits and misses:

What did we miss?  Contact Veloxity anytime. We offer cell phone charging kiosks and are big fans of movies, technology and history.